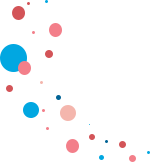 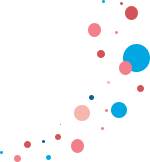 Should you create sales goals based on team performance?

Some businesses don’t offer their employees individual sales-based targets. Instead, they create sales goals based on a team’s performance. When the team reaches the goal, they all get rewarded. But if the team fails, no-one gets any compensation.

There are some advantages and disadvantages to this strategy. What are these and can you benefit from that strategy? Or should you stick to creating sales goals based on the individual’s performance?

Teams can work better together

When you set team goals, you are building a working culture which is more integrated. This allows your team to work off each other’s strengths and weaknesses more naturally. It also improves your team’s level of engagement and general morale. Businesses that employ this strategy notice that it can improve productivity.

Team goals also allow for larger rewards that salespeople can work towards. This can result in a bigger sense of accomplishment when goals have been achieved. Plus, team members will find that achieving those goals means more to them.

Added to this, goals for a team creates more flexibility as there are more paths to success. Staff aren’t micromanaged and so can choose who completes what parts of the sales process, based on their expertise, strengths and other aspects. The more paths there are to succeed, the higher the chance the team will do well, which gives an overall morale boost.

Team goals have the potential to reduce sales success

There are some aspects of a team-based sales goal that aren’t positive.

There is the possibility that at times some team members may not pull their weight and others could feel that their hard work is benefiting those who are less conscientious. This can cause friction within the team and conflict might arise. And if one person isn’t contributing to the team, it poses the possibility of reduced success.

Compensation management can be a challenge, especially when you have new members of staff starting, or staff leaving the organisation. Or, you could have issues if a team member has been ill or on holiday during the target period. If they contributed to just part of the month do they get the full reward or part of the reward? It can be hard to know how much of their participation has contributed to the success of the team. After all, not all contributions are accurate.

Also, setting individual goals, rather than team goals, gives the team members no excuses and greater accountability for their own performance. Due to the fact that it creates a competitive environment that can push staff productivity which can reach higher sales goals.

So while some businesses create sales goals based on team performance, it is not a strategy that ensures success for all businesses. In fact, most businesses will probably find that individually set sales goals would be better, with some form of additional minor team goals.